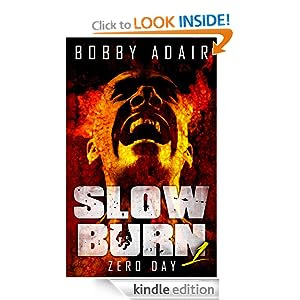 A new flu strain has been spreading across Africa, Europe, and Asia. Disturbing news footage is flooding the cable news channels. People are worried. People are frightened. But Zed Zane is oblivious.
Zed needs to borrow rent money from his parents. He gets up Sunday morning, drinks enough tequila to stifle his pride and heads to his mom’s house for a lunch of begging, again.
But something is wrong. There’s blood in the foyer. His mother’s corpse is on the living room floor. Zed’s stepdad, Dan is wild with crazy-eyed violence and attacks Zed when he comes into the house. They struggle into the kitchen. Dan’s yellow teeth tear at Zed’s arm but Zed grabs a knife and stabs Dan, thirty-seven times, or so the police later say.
With infection burning in his blood, Zed is arrested for murder but the world is falling apart and he soon finds himself back on the street, fighting for his life among the infected who would kill him and the normal people, who fear him.