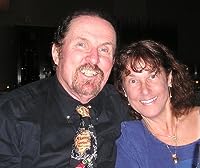 Who is your favorite author?

Just one?  Okay, you got me.  It’s a tie between Elmore Leonard and Lawrence Block.

What book genre of books do you adore?

What book should everybody read at least once?

Dirty Wars:  The World is a Battlefield, by Jeremy Scahill.  The content is self-explanatory.

Are there any books you really don’t enjoy?

Fifty Shades of Grey (or, Gray, if you’re a yank).  My friends who write erotica tell me this book isn’t even good erotica, much less a good novel.

What do you hope your obituary will say about you?

He has nothing against dying.  He just doesn’t want to be there when it happens.

How did you develop your writing?

I have a clear focus for the plot, but I write each chapter to “surprise myself.”  If I am not interested, then I imagine my reader will follow suit.  Therefore, I need to include surprises that happen to the characters and cause them to react/think/plan.

Here are all three suspenseful mysteries in one book!

Forevermore, the first mystery, was a #2 bestseller in Amazon’s Historical Mystery category. It has received outstanding reviews from readers, and it establishes Pat O’Malley as a detective sleuth par excellence. The second mystery, Disappearance at Mount Sinai, continues the development of the characters amidst an excellent caper. The third mystery, Jane the Grabber, plunges O’Malley into the middle of the Steampunk world, and it marks a turning point in the novels to come.

In post Civil War New York City, Detective Pat O’Malley is living inside Poe’s Cottage in the Bronx. O’Malley is haunted by Poe one night, and the detective finds a strange note. As a result, O’Malley decides to prove that Edgar Allan Poe did not die in Baltimore from an alcoholic binge but was, instead, murdered. O’Malley quickly becomes embroiled in a “cold case” that thrusts him into the lair of one of the most sinister and ruthless killers in 1865 New York City.

Jim Musgrave’s “Forevermore” is a quick read in four acts that will keep your mind razor sharp trying to solve the mystery of Poe’s murder. Pat O’Malley must first find out how to become intimate with females before he can discover the final clue in this puzzle of wits, murder and romance.

What if the anti-Semites, racists, and terrorists wanted the final revenge following the Civil War? How do you stop them from committing the worst atrocity?

It’s 1866 in New York City. Civil War Vet and Detective Pat O’Malley’s biggest case returns him to the deep, dark South to search for the kidnapped wealthiest inventor and entrepreneur in America. But the widening gyre of anti-Semitism and racism pulls him down into the pit of hell itself. Disguised as an Oxford England Professor, O’Malley infiltrates the anti-Semites’ group and travels with his partners, Becky Charming and his father, Robert, down to a Collierville, Tennessee mansion.

At the crux of this case are a Jewish father and his five-year-old son, Seth. They have developed a unique bond that relies on Jewish folklore and a belief that they are Mazikeen, half-angel and half-human, born from the loins of Adam’s strange female cohorts during the 130 years he was banished from the Garden. Will O’Malley find Dr. Mergenthaler before it’s too late? What does this world-wide eugenics group have planned for the mongrel races? Read Jim Musgrave’s Disappearance at Mount Sinai, the second mystery in the series of Pat O’Malley Mini-Mysteries.

What was it like before women were given rights to determine their own destinies? How was abortion and birth control used in the 1860s? What happens to a society when the last sexual taboo is permitted? Find out in the third mystery in the Pat O’Malley Historical Steampunk Mystery Series, Jane the Grabber.