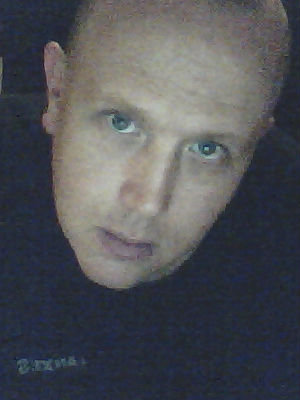 What inspired you to write your first book? I’ve worked in law enforcement for fifteen years.  Part of the job requirement means that I can evacuate during natural disasters.  In 2008, Hurricane Ike laid waste to my neck of the woods.  For the first twelve to fourteen hours after the storm passed, we were completely cut off from the rest of the world.  No cellphones, landlines, internet, cable or broadcast television, even radio stations on the dial.  It was terrifying to realize how easily comfort and security could be taken away.  I distinctly remember thinking aliens could have landed on the White House lawn and we’d have been none the wiser.  I thought of our situation happening on a national level and came up with the idea for Collapse.

What made you want to be a writer? I feel that effectively communicating an entertaining story is the best way to flex the muscle that is my brain.

What do you consider the most challenging about writing a novel, or about writing in general? Editing.  I hate it.  It’s like doing homework.

Did writing this book teach you anything and what was it? It taught me that having a successful book involves much, much more than simply writing it.

Do you intend to make writing a career? As long as I’ve got ideas in my head that I can put on paper I’ll keep writing.

Have you ever had writer’s block? If so, what do you do about it? Nope.  I take a lot of notes and flesh out the chapters before I even start writing.  Once I do, I have the opposite of writer’s block – I can’t get the words on the page fast enough.

Can you share a little of your current work with us? “Resistance” is book two in the New America series.  It picks up eighteen months after “Collapse.

Who designed the cover? Laura LaRoche at www.llpix.com

How do you promote this book? Every way I could think of.  I created a blog that gets 800 to 1,000 views a day.  Two twitter accounts with a combined following of over 18K.  Facebook ads, ads with Kindle Nation Daily, cross promotion with other indies, and paid ads on a lot of sites.  The most effective advertising I did was releasing a sneak peek of the first seven chapters of “Collapse” months before the release.  The sneak peek raised a lot of interest and on my first day on Amazon, my book managed to sneak on to the top 100 list for one of its categories.

Will you write others in this same genre? Writing a four book series, working on book two right now.

Is there a message in your novel that you want readers to grasp? Civilization is fragile.

Have you included a lot of your life experiences, even friends, in the plot? All three of the main characters are facets of my own personality.  My law enforcement career gave me a lot of material to use as well.

BOOK ONE in the NEW AMERICA series.

America is falling, ready to join the Roman Empire as a distant memory in the annals of history. The year is 2027. Tired and desperate, the American people are deep in the middle of The Second Great Depression. The Florida coastline is in ruins from the most powerful hurricane on record; a second just like it is bearing down on the state of Texas. For the first time in history, the Middle East has united as one and amassed the most formidable army the world has seen since the Third Reich. A hidden army of terrorists is on American soil. This is the story of three men: Howard Beck, the world’s richest man, also diagnosed with Asperger’s Syndrome. Richard Dupree, ex-Navy SEAL turned escaped convict. Maxwell Harris, a crippled, burned out Chief of Police of a small Texas town. At first they must fight for their own survival against impossible odds. Finally, the three men must band together to save their beloved country from collapse.

BOOK TWO in the New America series, entitled “Resistance” is slated for a summer 2013 release.