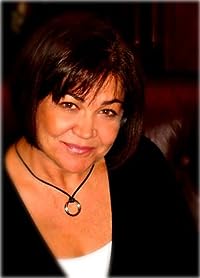 Lusielle's bleak but orderly life as a remedy mixer is shattered when she is sentenced to die for a crime she didn't commit. She's on the pyre, about to be burned, when a stranger breaks through the crowd and rescues her from the flames. Brennus, Lord of Laonia is the last of his line. He is caught in the grip of a mysterious curse that has murdered his kin, doomed his people and embittered his life.

To defeat the curse, he must hunt a birthmark and kill the woman who bears it in the foulest of ways. Lusielle bears such a mark. Stalked by intrigue and confounded by the forbidden passion flaring between them, predator and prey must come together to defeat not only the vile curse, but also the curse giver who has already conjured their demise.