Orangeberry Book of the Day – SILVER: Acheron (A River of Pain) (The SILVER Series) by Keira Michelle Telford 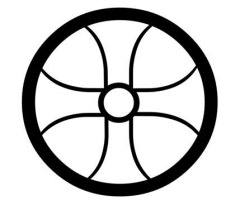 Condemned, Silver is left on the bridge to the Fringe District, her wrist still gushing blood. Moments ago, the delicate skin of her inner left wrist was sliced open with a scalpel and a small, platinum colored microchip was expertly removed.

That tag was her life story, containing every detail of her life from the day of her birth to the last time she ordered a cup of coffee. Formerly a Commander in an elite military institution called the Hunter Division, she is now a prisoner.  Relegated to the Fringe District, she joins the ranks of the banished.

A criminal, or so she is accused of being, she’s cut off from her friends and family and left to fend for herself in this fetid, dank scrap of Old World land that was once called Staten Island.

Now, more than three hundred years after a global war changed the dynamic of our planet forever, humans are beginning to make their resurgence. This place, Amaranthe, is the first reclaimed human city—but Silver is not its first victim. Standards for occupation in the city are high, and many don’t make the cut. If you’re considered unworthy, any excuse will be used—any small indiscretion exposed—to place you before the Banishment and Enforcement Council.

In Silver’s case, she’s lucky to have been banished. In Amaranthe’s poorly constructed, two-tiered judicial system, her sentence could just as easily have been enforcement.

Left with nothing more than the clothes on her back and a few small weapons, Silver begins the lonesome walk toward her new Fringe District life. Her Hunter Division boots are the last identifiable remnants of her prior occupation. Stained with blood and dirt, the Omega emblems are hard to make out on the scuffed steel plates decorating the backs of the heels. Her well-worn jeans are made from a mixture of hemp, which flourishes rampantly in the New World, and para-aramid synthetic fiber—Kevlar. Designed to last for up to a decade of use, this pair has seen at least three rotations of the year already. They’ve survived countless days spent off-duty, romping in the playground of the unreclaimed world outside Amaranthe’s secure walls, often finding themselves covered in dirt and mud, and Chimeran blood.

The creatures generations of humans—including Silver—have been bred to kill. Born in the aftermath of a nuclear war, they were human once … until their humanity was lost over centuries of rapid genetic mutations. During this time, ninety-nine percent of all living things on Earth died, yet the Chimera proved to be an adaptive and resilient new species.

Outnumbering this small population of humans by 25:1, the Chimera lurk in the shadows, scavenging for food in the places where human feet no longer dare to tread. Ferocious meat-eaters, they will hunt alone or in packs, and human is their prey of choice.

Kill, or be killed.

A motto of the Hunter Division, whose job it is—among other things—to destroy Chimera so that Amaranthe can continue to expand. Not to mention, the whole city relies on the Hunter Division kills. Chimera is the only source of fresh meat, and no part of the animal is wasted. Their hide makes good leather, and many things can be made from bone. Some live specimens are even farmed for their milk.

Today, though, Silver’s jeans are clean. Held in the detainment corridor for almost a month prior to her sentencing, she’s had no time to play. Affixed to the belt loops, a utility belt contains holsters for a hunting knife, a handgun and two spare clips of 9mm ammunition. The knife, recently sharpened, bears a ferocious steel blade and a jet black handle custom inlayed with a sterling silver design—an Ella Cross

This is Silver’s trademark; her territorial stamp. Not only is it an ancient Old World symbol, once known as a warrior shield, it’s a pictorial representation of her birth name. Ella Cross was born twenty-eight years ago. Silver was forged in battle, when she joined the Hunter Division.

Her handgun, an HK USP, also custom engraved, is silver-plated and bears her birth father’s initials. It never leaves her side, and his old Hunter Division dog tags never leave her wrist. They bear his name and rank, stamped ‘DECEASED’ over top. Her own set of dog tags still hang around her neck, despite her most recent fall into unemployment. Stamped ‘DISCHARGED’, she tucks them inside her shirt—both pairs: the ones bearing her name, and another set bearing the name of the lover she may never see again.

Alexander King has been hers since the day she first laid eyes on him, but now they’re separated by one impassable bridge. Only Omega employees can walk freely between the two polar opposite worlds on either side, and Alex was discharged from the Hunter Division, just like Silver. Though, with his spotless professional record, he was unable to be charged with anything more serious than engaging in a prohibited relationship with his unit Commander. Thus, he was spared banishment.

She wasn’t so lucky.

She had a secondary charge to contend with: treason.

Suddenly aware of the pain in her wrist, Silver pulls out a strip of gauze given to her by the surgeon and wraps it tightly around her oozing stitches. Better than nothing, she surmises. Her fingers wet with her own blood, she backhands some stray wisps of dark blonde hair away from her face. Always in a pony tail, her hair could go days without brushing and you’d barely even notice. She’s beautiful, of course, but not like the girls in Old World magazines. Raised for the Hunter Division, she’s tall and strong. Her shoulders carry a strength that could put some lesser men to shame, and her face hasn’t seen a lick of make-up since her sixteenth birthday.

Sharp, silver eyes look out upon the world with a new found cynicism, and her lips are fully prepared never to smile again.

Fuck Omega, and the lies they’ve smeared her with. Fuck truth and justice, and all the things she’s ever fought for. Fuck love, and all the pain that’s brought her. Fuck dying, like they hope she will.

She’s armed, and ready. With steel boots, a steel blade, a stone cold heart and three full clips of hollow points, she’s got enough to take on the Fringe District … for today, at least—and she’s not prepared to go down without a fight. This place is rough, like the worst neighborhood you’ve ever been to, times a thousand. It wouldn’t be uncommon for an easier mark to be killed in the street for the hat on their head, or the loaf of bread in their hand.

Fortunately, though, Silver’s no fool. Combat trained from the age of five, she can take on a man twice her size, and her agility and stamina will out-maneuver him every time. She has that, and confidence—in the bucket loads.

Reaching the foot of the bridge, Silver receives her first welcome: a barrage of signs and graffiti intended to drive away those who have come to gloat, or to abuse. Since its inception, the Fringe District has been more than just a prison land, and within it the prisoners—the banished—run rampant.

Success of the banished population, on such a scale, was simply not anticipated; longevity was not considered. In a place crawling with disease, and with the complete lack of an established healthcare system, the predicted mortality rate was high. Breeding was not part of the plan, and by the time it became a noticeable problem, it was already too late. The Fringer population was thriving, despite their circumstances.

Stricter penalties in the Sentinel District ensure more banishments each successive year, but births in the prison District still outnumber new inmates at a growing ratio of 1000:1.

Hope of something better was abandoned long ago. Behind every depraved, grotesque, and often illegal action you may witness, there is one prime motivator: survival, at all costs.

An every-man-for-himself mentality exists here in the extreme, and this desperation is routinely exploited by the Hunters and Police Division Agents who frequent these parts for their own entertainment.

Everything prohibited in Omega’s superficial utopia, the Sentinel District, is available in the Fringe if you’re willing to pay for it, or if you have the strength to take it by force. Though, it should be said, this approach seldom has a happy ending for the aggressor, and the row of decapitated heads on spikes at the entrance to the Fringe is a testament to that. You cross these people—the Fringers—at your own risk, because they will retaliate.

For all their faults and the civil disorder that abounds here, violence perpetrated by outsiders is simply not tolerated. A crime against one is a crime against all, and from this simple understanding, a system of reciprocity has arisen.

Hunters routinely exchange meat for cannabis or liquor. Weapons are also traded across the border—for sexual favors, mostly. A Hunter will sneak a Striker 12 shotgun out of the Omega Armory and smuggle it into the Fringe where he’ll pay a whore’s Handler for an hour or two of her time. The Handler, in turn, will sell the shotgun to the highest bidder for money, or some other valuable commodity.

There are no philanthropists here. No charity, no compassion, only merchants and consumers, and Silver knows precisely what to expect. For a time, she and her fellow Hunters ran a pit fight ring in the back room of a seedy little Fringe District bar.

A place where Chimera are starved for days before being let loose in a ring and provoked to fight it out with others of their kind, in front of an audience. Bets are taken on the outcome, and the Hunters who bring in the animals are given a commission or free merchandise—whichever they prefer.

More details about the book