Orangeberry Free Alert - Will To Love by Miranda P. Charles 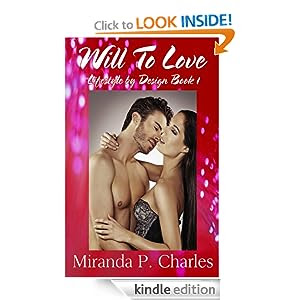 Will To Love - Miranda P. Charles

Clarise Carson was desperate to keep her newly-engaged sister from playing matchmaker at her very own engagement party. She couldn't think of anything more embarrassing than have her sister's guests see her as the loser in love who couldn't find "The One" so she dragged a handsome friend to be her "pretend" boyfriend for the night.

Will Matthews attended his friend Rick's engagement party for one reason - to meet Rick's future sister-in-law, the writer for Lifestyle by Design magazine, in the hope that he could have an article published for his boutique travel agency service. He knew Rick had plans to introduce him to some single girl at the party but he laughed it off. He had no desire whatsoever to be in a relationship with any woman who would want commitment. He was far too focused in building his business to the success he dreamed.
When Will and Clarise met, sparks flew and there was an instant, undeniable attraction between them. With Will, Clarise found herself wanting to bury demons from the past. But Will knew what he wanted - and it wasn't a relationship.
How could Clarise stop her old wounds from opening up and bleeding again? And how could Will learn to embrace the one thing he didn't even know he wanted?

Each book in the Lifestyle by Design series is a complete stand-alone novel that would give you enjoyment on its own.  However, to maximise your experience of the series, the author recommends reading them in order.

Will To Love is the first of three beautifully passionate, steamy love stories from the Lifestyle by Design series.

This book is for adults only.  It contains hot sexual content.