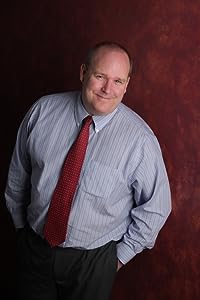 How do you feel about social media websites such as Facebook and Twitter? Are they a good thing?
I think they are a good thing although there are some ugly consequences.  I think these sights have given a voice to the average person in the world.
If you could do any job in the world what would you do?
Attorney and writer . . . oh wait.
What are you most passionate about? What gets you fired up?
Injustice, particularly the plight of the poor and defenseless in the world. The imbalance of power and resources in the world is shameful beyond measure.
Are you a city slicker or a country lover?
I’m a small town lover.  Snohomish, Washington for the win!
What would you love to produce in your life?
I have a seven book series set during World War Two planned that I am very excited about.  I’m not providing details yet but I will begin writing the first book in the fall of 2014, after I finish my civil war novel, “Going Home.”

In 1453 Constantinople is the impregnable jewel of the East. It has stood as the greatest Christian city for a millennium as hordes have crashed fruitlessly against its walls.
But Mehmet II, the youthful Sultan of the Ottoman Turks, has besieged the city. His opponent is Constantine XI, the wise and capable ruler of the crumbling Eastern Roman Empire. Mehmet, distrusted by his people and hated by his Grand Vizer, must accomplish what all those before him have failed to do: capture Constantinople. To prove that he deserves the throne that his father once took from him, Mehmet, against all advice, storms the city. If he fails, he will not only have failed himself and his people, but he will surely lose his life.
On the other side of the city walls, the emperor Constantine must find a way to stop the greatest army in the medieval world. To finance his defenses, he becomes a beggar to the Pope, the Italian city-states, and the Hungarians. But the price for aid is high: The Pope demands the Greeks reunite the Eastern and Western churches and accept the Latin faith. If Constantine wants aid for his people he must choose between their lives and their souls.
Two leaders, two peoples, two faiths battle for their future before the mighty walls of Constantinople.
Buy Now @ Amazon
Genre – Historical Fiction
Rating – PG
More details about the author and the book