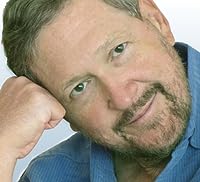 The war in Iraq ended for Lieutenant Freddie Williams when an IED explosion left his mind and body shattered. Once he was a skilled gamer and expert in virtual warfare. Now he's a broken warrior, emerging from a medically induced coma to discover he's inhabiting two separate realities. The first is his waking world of pain, family trials, and remorse--and slow rehabilitation through the tender care of Becky, his physical therapist. The second is a dark fantasy realm of quests, demons, and magic that Freddie enters when he sleeps.

In his dreams he is Frederick, Prince of Stormwind, who must make sense of his horrific visions in order to save his embattled kingdom from the monstrous Horde. His only solace awaits him in the royal gardens, where the gentle words of the beautiful gardener, Rebecca, calm the storms in his soul. While in the conscious world, the severely wounded vet faces a strangely similar and equally perilous mission--a journey along a dark road haunted by demons of guilt and memory--and letting patient, loving Becky into his damaged and shuttered heart may be his only way back from Hell.