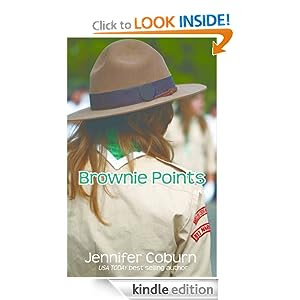 When Lisa Taylor and her family move from San Francisco to the suburban paradise of Los Corderos, they know their family won’t fit in perfectly. They’re the only interracial family in the neighborhood. Lisa is a snarky sculptor. And 13-year-old Logan is gay.

After Logan is repeatedly bullied at school, he finds his niche in an unusual place – his twin sister’s Girl Scout troop. When he tries to join, the organization refuses, so the boy sues for gender discrimination and sets off a firestorm of national media coverage. This only makes matters worse between the Logan and his father, a macho firefighter who is already struggling with his son’s sexual orientation.

Adding to the strife is Lisa’s increasing distaste for Junta Moms who wish each other “Namaste” while rigging school elections and stealing each other’s husbands.

Join the Taylors on their hilarious journey as they face the fight of their lives and,in the process, discover what it means to be a family.

"Jennifer Coburn’s Tales From the Crib is a deliciously fun, laugh-out-loud read

about one woman’s journey toward motherhood. You won’t be able to put this book down until you arrive at the final, satisfying page.”

- Emily Giffin, author of Where We Belong

“The Queen Gene is entertaining…fresh, fast, and unpredictable…I didn’t want it to end!”

“I absolutely loved The Wife of Reilly. It’s so funny and snappy, it was a total

delight…a riot from start to finish, but an intelligent, thoughtful one that says a

lot about the nature of love and relationships.”