#Free #Paranormal The Ghost of Blue Ivy by Parker Paige 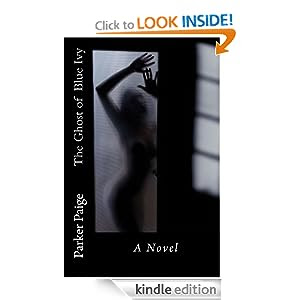 Tapping into the common wish to be someone else, if only for a short time, this suspense drama explores what happens when a woman, bored with her humdrum existence dyes her hair red and takes on the persona of her late sister.

After the murder of her beloved sister, a quiet and warmhearted legal secretary, Blue Ivy, who works for a Chicago law firm, is in search of an escape. A few sessions with her psychologist propel her to the realization that the excitement that she seeks is in a new life, the life of her late sister.

With a daring wish to continue the wild life of her late sister, she colors her hair red and dares to reinvent herself. And with this new persona comes a different type of experience, including becoming one of three redhead suspects to a murder.

"This whodunit suspense drama will keep you guessing until the last page."--Elance book editor
at 12:56 PM