Home » Book of the Day » Closing The Gap: Understanding Your Service (Wo)man - Yvonne Jones @yvijones
CHAPTER 2: WHO WE ARE – WHO YOU ARE
WHO WE ARE
“MILITARY FAMILY”
In order to explain to you what a military family is, let’s look at the applicable creed and motto your service(wo)man is encouraged to live by.
Due to its prominent use in different forms of entertainment, such as movies and songs, the Rifleman’s Creed is often mistakenly thought to be the creed of all military branches. Each branch within the military, however, has its own creed, which are depicted below. 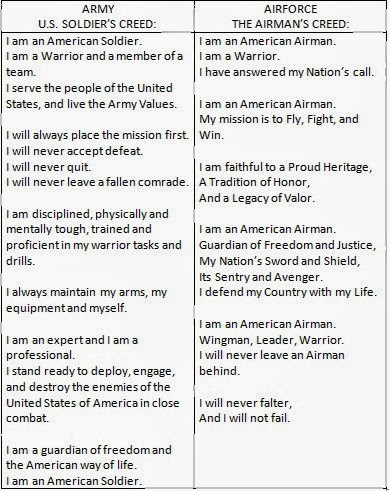 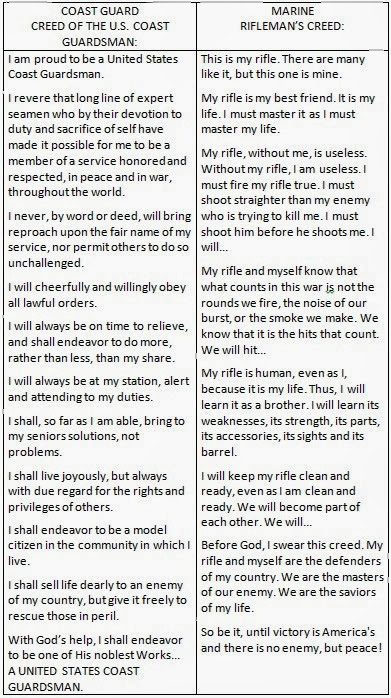 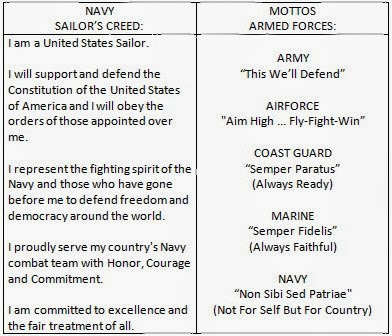 Those creeds and mottos reflect the pride, beliefs, and top priorities of your service(wo)man. Those beliefs, are the driving force that keep your service(wo)man going during inspirational acts of bravery and sacrifice, during periods of long separations, danger and fear of injury and loss. Military service penetrates and influences the entire family to an extent unmatched by civilian employment. Military life is hard to describe, but ultimately, it is a “way of life” as opposed to a job or a career. Military life is not an easy life, and is most certainly not for everyone. But most of us wouldn’t want to change who and what we are. We travel all over the world and meet some truly amazing people along the way with whom we create lifelong, lasting friendships. But who are “we”?