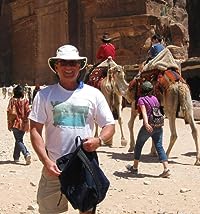 Is there a message in your novel that you want readers to grasp?

Most of us, sadly, see the world three-dimensionally.  But, as Rod Serling, the creator of The Twilight Zone was fond of saying: There is another dimension–a fourth dimension. A dimension not of sight or sound, or taste or touch, or hearing, but one that overlays the one we accept as the “real” world. A parallel universe layered over the terrestrial realm like a gossamer veil. In order to “see” into this realm and interact with it we must use gifts given to us by God that transcend our fleshly bodies—and our souls.

The realm of Spirit.

I’m inspired by God to write about this realm and explore the consequences of ignoring, denigrating, or misrepresenting its power to impact our lives for all eternity.  There is a quote from one of the minor prophets in the Old Testament, Hosea, in which God says: My people perish for lack of knowledge.  People perish every day because they are ignorant of the things of the spirit and live only in the dimension of what their five senses tell them is real.  We were created to achieve far more than most of us realize.  We seek answers to our questions from an intellectual perspective, believing the disciplines of science, psychology, sociology, law, etc. can provide them.  While they can, in measure, we should not neglect to ask the One who created those disciplines, and everything else. He has ALL the answers and gives them freely to us of we simply knock at His door and keep on knocking until He responds.

Are you reading any interesting books at the moment?

Here’s what is sitting on my desk next to my computer:

The Source Field Investigations by David Wilcock, Beneath the Pyramids by Andrew Collins, The Genius of the Few by Christian O’Brien; Hitler’s Jewish Soldiers by Bryan Mark Rigg; Plot and Structure by James Scott Bell; Writing 21st Century Fiction by my agent Don Maass; Genes, Giants, Monsters, and Men by Joseph Farrell; DMT: The Spirit Molecule by Rick Strassman, M.D.; Forbidden Gates by Tom Horn; and The Thrones of our Souls by Paul Keith Davis.

When you wish to end your career, stop writing, and look back on your life, what thoughts would you like to have?

That I made a difference.

Here’s what I would like on my tombstone.  I’ve paraphrased it from the New Testament Book of Acts:  He was an ignorant and unlearned man, but he has been with Jesus.

Ethan Freeman, ex-Special Forces Ranger, wakes up to discover he is the sole survivor of a fiery commercial airline crash that killed his entire family. His nightmare is only beginning when he becomes the FBI’s prime suspect. Only Ethan knows he’s not a cold-hearted murderer, but he has no idea what happened to him–and why he alone survived.

He finds an unlikely ally in Sam Weaver, the NTSB Chief Investigator. An ex-military pilot, Sam senses Ethan is innocent. She tries to remain dispassionate in her investigation of the crash even as she finds herself attracted to the man who may be America=s worst homegrown mass-murderer.

Neither Ethan nor Sam realize that shadowy spiritual forces are at work which will alter their lives forever.

A monstrous evil, imprisoned since the time of the Pharaohs, has been released by The Nine, a sinister group of powerful men and women who believe they are the direct descendants of the Anunnaki, ancient Sumerian gods. The demon they have unleashed intends to free The Destroyer from The Abyss, the angelic prison referred to in the Book of Revelation, and unleash a worldwide reign of terror and annihilation.

Facing impossible odds, time is running out for Ethan and all of humanity as he is drawn into an ever-deeper conspiracy–millennia in the making–and learns that he is the key to stopping The Nine. Will he overcome his deepest fears and find reserves of strength he never knew he had as he confronts pure evil in order to save himself and an unsuspecting world?

More details about the author and the book