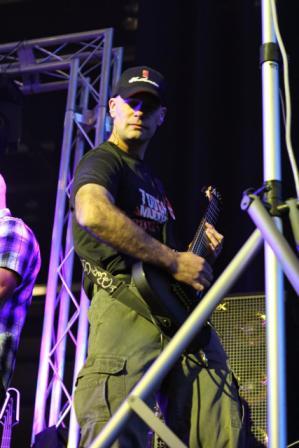 Is your family supportive? Do your friends support you?
Yes. But not exactly as you might think. My wife doesn’t often read my work, which is actually a good strategy for writers with spouses. Authors can be sensitive about their stories, so dragging that into a marriage isn’t always the best idea. She supports what I do, but stays hands off. I do however, run book titles by her. She’s saved me from some real disasters in that area. My parents have always supported writing. Most of my friends are impressed or amused that I’m an author.
Do you plan to publish more books?
Absolutely. Publishing multiple books is important for an Indie Author. That’s the most natural way to build an author platform. Writing new material is the most fun, but even if I never started a new project, I’d have five to ten years of previously written manuscripts to revise and edit. (I’ve been scribbling since I was twelve.)
If you could study any subject at any university what would you pick?
Cinematography at NYU or USC, probably the former since I’ve already lived in Los Angeles. I love movies and grew up with my mom talking about an interview Oliver Stone did saying the industry needed more people trained in the subject. Of course that was a long time ago. I’m sure things have changed. I’m also fascinated by the Bread Loaf School of English (Middlebury College).
If you could live anywhere in the world where would it be?
New Zealand. I want to live in the remains of the Lord of the Rings sets.
How do you write – lap top, pen, paper, in bed, at a desk?
I enjoy writing longhand, and try as often as possible on the premise it produces a different thought process. I have plans to get a new computer and a new version of Dragon Naturally Speaking. The copy I experimented with a few years ago has gone missing and my battered laptop can’t handle the new versions. To answer the question, I write first drafts, scene by scene, on a computer or phone using Google Drive. Next I edit online using Pro Writing Aid–a new program I like so far. By the fourth or fifth draft, I compile the document into Word and used Serenity Software: Editor. At that point I’m almost ready to pay an editor to look at it, or submit it for traditional publishing, depending on the project.
What color represents your personality the most?
Blue has always been my favorite color. I’m not sure what that means.
Where do you get support from? Do you have friends in the industry?
No friends in the industry, except other writers. The best support is from independent authors that are going through the same “platform building” struggles. I’ve met a lot of great people on Twitter.
How much sleep do you need to be your best?
Six to seven hours, though I rarely get more than four in a row. I’m a parent and on-call for work 24/7.
What books did you love growing up?
The Doomfarers of Caramonde by Brian Daley and the Elric series by Michael Moorcock were my favorites. I read them once a year all through high school, and a few times since. I also began a serious love of audio books with Stephen King and Dean Koontz.
Who is your favorite author?
Currently, my favorite has to be George R. R. Martin. I listen to Song of Ice and Fire series over and over and read them on Kindle. Michael Connelly is a close second.
What genre of books do you adore?
Historical fiction. Someday I’ll be smart enough to write one.

Changed by captivity and torture, hunted by the Reapers of Hellsbreach and wanted by Earth Fleet, Kin Roland hides on a lost planet near an unstable wormhole.

When a distant space battle propels a ravaged Earth Fleet Armada through the same wormhole, a Reaper follows, hunting for the man who burned his home world. Kin fights to save a mysterious native of Crashdown from the Reaper and learns there are worse things in the galaxy than the nightmare hunting him. The end is coming and he is about to pay for a sin that will change the galaxy forever.

Enemy of Man: Book One in the Chronicles of Kin Roland was written for fans of military science fiction and science fiction adventure. Readers who enjoyed Starship Troopers or Space Marines will appreciate this genre variation. Powered armor only gets a soldier so far. Battlefield experience, guts, and loyal friends make Armageddon fun.

If you love movies like Aliens, Predator, The Chronicles of Riddick, or Serenity, then you might find the heroes and creatures in Enemy of Man dangerous, determined, and ready to risk it all. It’s all about action and suspense, with a dash of romance—or perhaps flash romance.

Thanks for your interest in my novel, Enemy of Man. I hope you chose to read the book and enjoy every page.

If you have already read Enemy of Man, how was it? Reviews are appreciated!
Have a great day and be safe.
Buy Now @ Amazon
Genre – Science Fiction
Rating – R
More details about the author
Connect with Scott Moon on Facebook & Twitter
at 8:30 AM